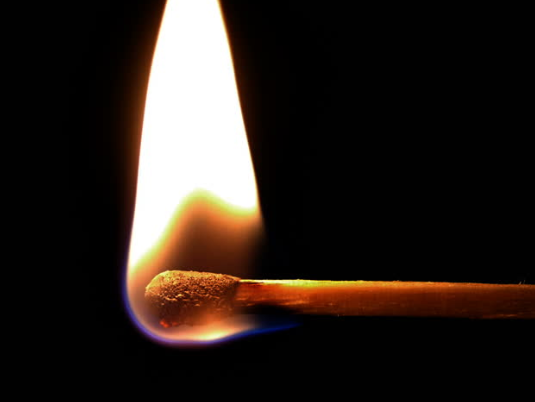 The same metal that is forged into a tool, can also be forged into a weapon, or a bowl, or a hammer. Without the fire, there is no possibility of reshaping the hunk of metal into the desired result. Men & women, are also shaped in the “fire” of life. There is no way around it and no possible substitute.

The success we enjoy, is a direct result of the challenges that we have gone through in life and likely persevered; due to a deep rooted commitment and resolve. Likewise, the failures in our life are usually the lack of a deep rooted commitment to succeed and ultimately an unwillingness to go through “the fire”. Why? Because it hurts, and too many people don’t like it when it it hurts.

Everyone wants to lose weight, but few are committed. Most people want a strong marriage, but it is only the ones who are committed to see it through, that endure for decades. Some want to have a successful career, but many are simply not willing to sacrifice to the extent that is needed to rise in the ranks. Religious people want to stand strong but seemingly fade away when persecution arises.

Spoiler alert: the sacrifice, pain, sleepless nights, disappointment, tears, set backs, persecution, and more, will always hurt and always be harder than we could ever imagine. But in the midst of these battles, our character is built. Most importantly, after the battle has been fought, the victory is sweet: and nothing can take the place of the feeling you get when you have overcome adversity due to your resolve and commitment to to your core beliefs. Some of the battles we lose BUT we do not quit. Instead we learn and this helps us immensely in winning our next battle.

So, make a decision to stand your ground and to be all-in in your commitment. When you do, some will call you “lucky” or “blessed”. Truth be told it will be because you were forged in the fire.

Stephen is a seasoned leader in the automotive industry. He has a unique blend of achieving results, with an extremely high level of satisfaction for both the guest and the employee. Having a solid background in service and parts, there is a daily sense of urgency to maximize each opportunity. He is a process driven GM for a public automotive group with a passion for personal and professional growth. He is always maximizing EBT opportunities and is open and willing to share ideas and results. View all posts by ebtgains