You have to excuse the grammar; I heard this saying once and it jumped out at me. Building a team in business is like making a cake . . . so to speak. Just the right ingredients mixed just the right way will produce an outstanding cake.

I recently have been interviewing for an open management position I have available, and all of the candidates are good at some things but not good at all things. Some have 20 years worth of experience but their overall automotive IQ doesn’t support it. Others have only a year of experience but have quickly seasoned and have a very high automotive IQ.

Picking the right person for the position can be a challenge as it relates to overall  experience. However, I feel it is even more important is how they fit in with the overall recipe of the store’s culture. Think about it; when you make a cake, you have eggs, flour, sugar, flavoring, butter, and salt. If you put too many eggs in, or not enough sugar, or only use a bowl of flour alone, it will be a cake to forget — if a cake at all. Eggs in and of themselves are not bad at all. But a bowl full of eggs alone will never get you the end result you are looking for, if the end result is a tasty cake.

When I interview, I am asking myself if the candidate will compliment the overall feel (or recipe) of the existing team. I wonder if they will be what we are looking for as we move into the future. I wonder if they will challenge and nudge the team members to be better or will they be argumentative and hostile in general. I am probing to see if I actually like the person, as in, are they kind/well groomed/well spoken/professional/humble/confident. It is even more vital that my existing management team will be assisted to even greater heights by the new hire and not fall into discouragement or worse; discontentment with their position based on the new recruit. It is not always about how many mountains you have moved on your resume or how many awards you have collected. It is also important that the fit is right interpersonally, because when putting a recipe together; cake, less eggs, ain’t cake.

In business there is a chain of command and a way for managers to share a message that has been communicated behind closed doors to everyone on the staff.

Middle management is hard enough to handle in and of itself, but when the message gets distorted from its original intent, I assure you that the middle manager will have even more to handle, especially after the leader discovers the intentional communication faux pas.

The leader depends on the middle managers in the organization to communicate the vision or message clearly, and trusts the managers to waive the banner and plant the flag so to speak. The leader does not expect to find the team they have invested in, twisted and in poor spirits because a middle manager flakes out. Actually, the leader is trusting the manager to be a good steward of the business and a good steward of his or her vision.

If the antenna doesn’t do its job and make the content clearer for all to see, sometimes the leader throws it away and invests in a better product — like cable or streaming.

How can we shine the light brightly then, if we are placing objects in the way that diminish it? 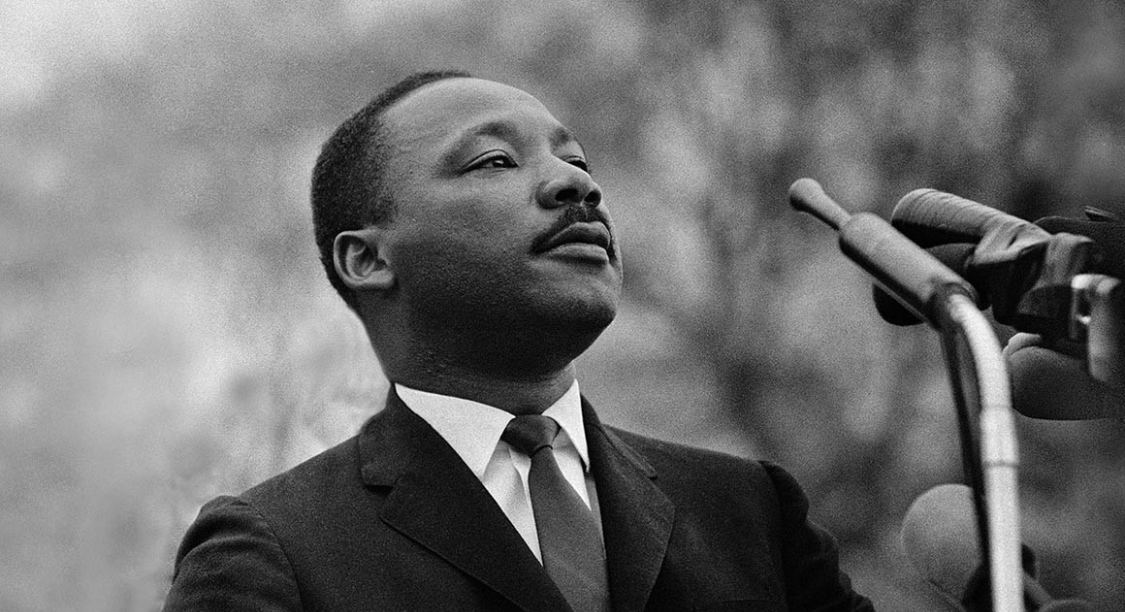 The notion that nothing good can be learned from a human being unless they have an impeccable and uncheckered past, is preposterous. It is just as crazy to assume that everything they have to say, or do, is now somehow void due to a checkered past. I recently had a friend challenge a quote I posted of MLKj – “the time is always right to do what is right.” He mentioned MLKj’s numerous affairs as if it somehow voids the wisdom of the quote or makes his efforts, vision, and life mission and empty endeavor.

I understand the overall concern, and recognize he was not perfect. But do his shortcomings need to be restated in an attempt to nullify the wisdom of the statement? I certainly don’t agree with some of his actions, but if we threw away wisdom based on the sin of the person, we would be left with nothing. Heck, even Solomon had 300 concubines, which is much more than Dr. King; presumably. We wouldn’t discount his wisdom based on his sin.

The Word of God states in Romans that all have sinned and fall short of the glory of God, and all are justified freely by his grace through the redemption that came by Christ Jesus.

How can we shine the light brightly then, if we are placing objects in the way that diminish it? Therefore, I recommend edifying the wisdom, the mission, the cause, or the character (if possible), and staying away from finding the shortcomings of something that has already been discovered – because the time is always right to do what is right. 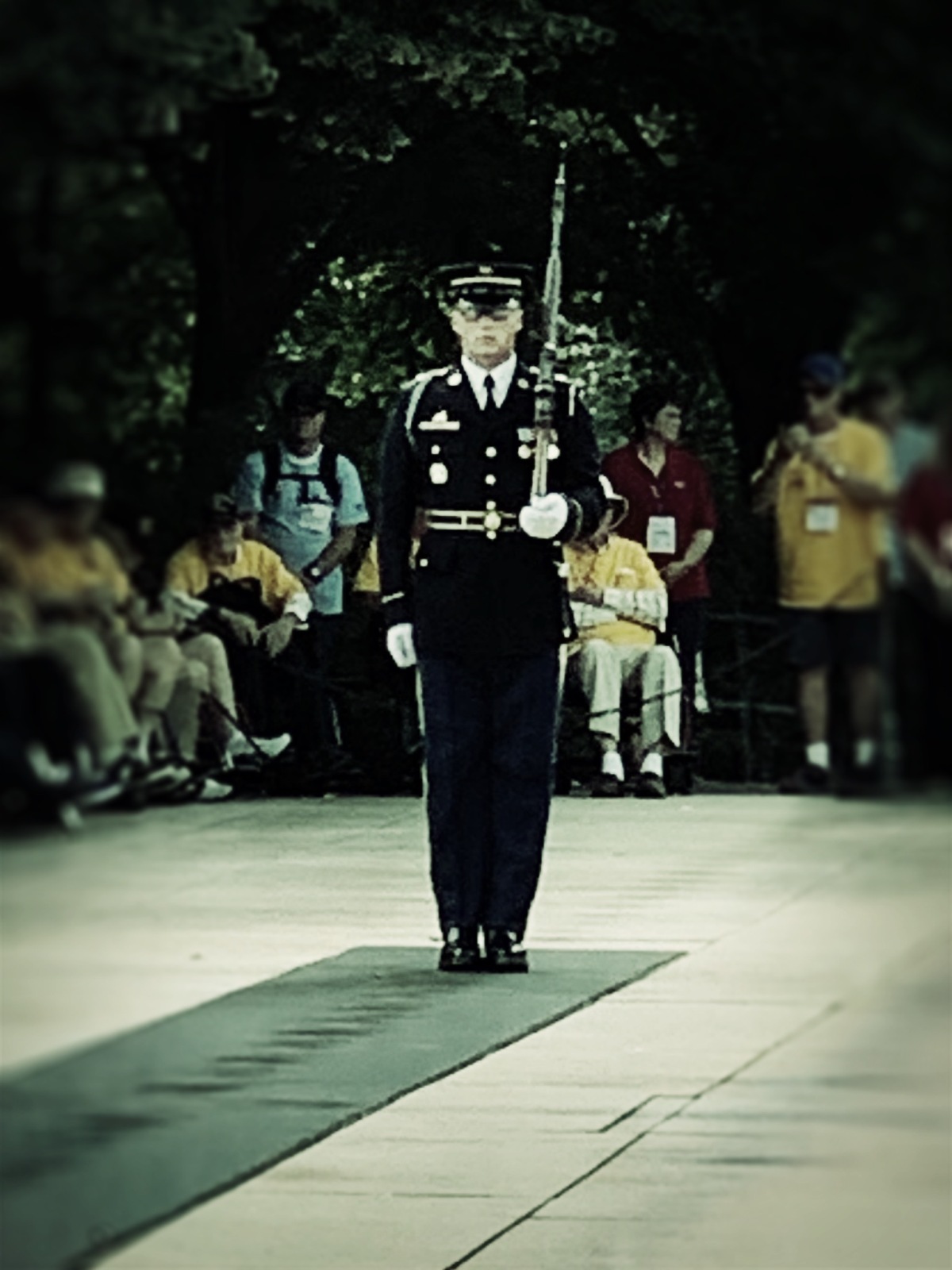 Recently I paid a visit to Arlington National Cemetery. It is not the first time I have visited this location, but I will tell you, it never gets old. I grew up in a patriotic home and have always had a reverence for this nation. It dawned on me as I was watching the guard perform his duties flawlessly, that we are all called to a similar mission.

On the tomb itself, it reads –HERE RESTS IN HONORED GLORY AN AMERICAN SOLDIER KNOWN BUT TO GOD. Although the cemetery is filled with heroes, there is an emphasis on the ones that fulfilled their duty in an unknown fashion.

In business, there are too many of us clamoring for the next level, and waiting for the bronzer to call to ask which pose we would like be cast in, for the statue on the front lawn of our local town hall. Harry Truman said “It is amazing what you can accomplish if you do not care who gets the credit.” If we put our heads down and look to the common goal without looking for a continual praise parade from those below, around, and above us, we could and would accomplish so much more.

If we would take this approach in our church, and fulfill our duty as a Christian without looking for the recognition, imagine what could happen. As Christians, we are all called to die to self and follow Christ, but too many times, we are too worried the cares of this world. If we were focused on His life, His things, and His agenda, there just might be more light in the world. The Bible places a special  emphasis on those in Heaven who have been martyred for their faith. Now that is something to be celebrated — The tomb of the unknown Christian — if you will.

So, whether in protecting our nation, moving up the corporate ladder, or standing in the gap in our local church, I encourage all of us to take a sober look at ourselves and be willing to be unknown. It just may not be as bad as we imagine. After all, the least will be exalted over the greatest in end.